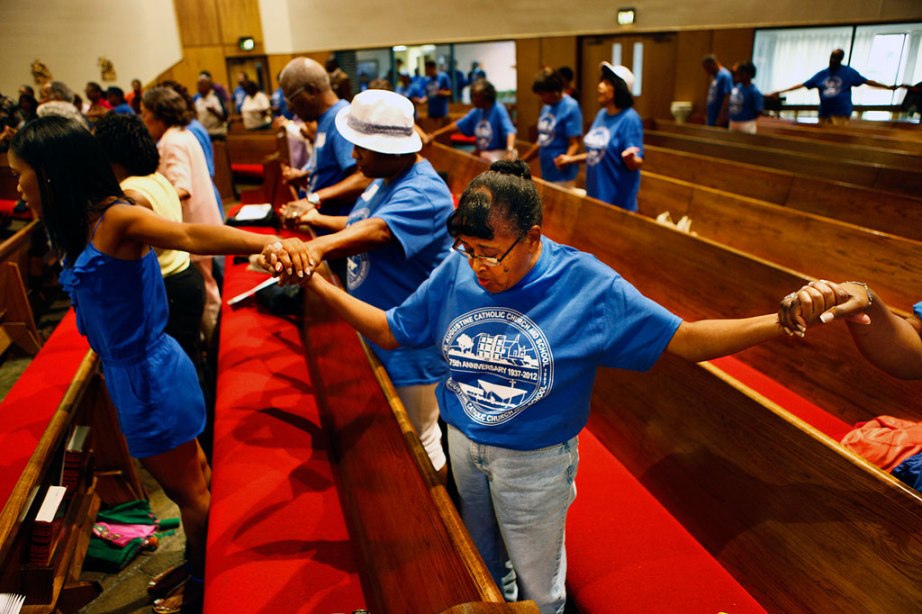 August 25, 2012 – Earline Jackson holds hands with other members of the St. Augustine Catholic Church congregation for a time of prayer during a mass which commemorates the 75h anniversary of the church. As part of the anniversary, St. Augustine was awarded a historical marker by the Tennessee Historical Committee. (Kyle Kurlick/Special to The Commercial Appeal)