A few weeks ago, I covered the first inaugural Pinky Promise Ball held in Memphis. About 40 girls, were presented to their family and friends in a debutante-style ceremony that revolved around sexual purity before marriage.  Dressed in formal regatta, these high school girls took a purity pledge, danced a waltz their fathers and received sapphire purity rings.  Shelby County has the highest teen pregnancy rates in the state, according to the most recent data.

(center) Keandria Craft waits with other girls to join in a ceremonial pledge of abstinence at the inaugural Pinky Promise Ball.

(center) Jalen Burkins waits with other escorts to present girls to their family and friends before taking vows of abstinence at the inaugural Pinky Promise Ball. 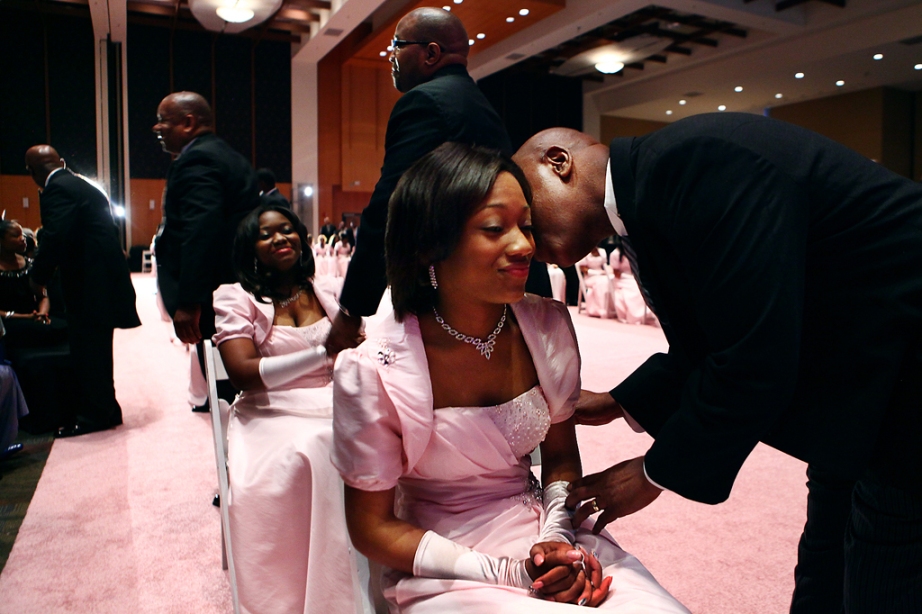 (right) Jameel Hasan kisses his daughter (center) Cardeisha Morris on the cheek after presenting her with a ring to commemorate her vow of abstinence at the inaugural Pinky Promise Ball held at the Cook Convention Center.

“When he had washed their feet and put on his outer garments and resumed his place, he said to them,“Do you understand what I have done to you? You call me Teacher and Lord, and you are right, for so I am. If I then, your Lord and Teacher, have washed your feet, you also ought to wash one another’s feet. For I have given you an example, that you also should do just as I have done to you. Truly, truly, I say to you, a servant is not greater than his master, nor is a messenger greater than the one who sent him. If you know these things, blessed are you if you do them.”

J.R. Ratliff soaks his feet in a foot bath during the monthly foot clinic for the homeless held at the Manna House. The ministry helps the homeless with anything from foot pains to providing a new pair of shoes.

June 10, 2012 — Dozens of former altar boys who served under Father Nicholas Vieron during his 57-year tenure as pastor  and pastor emeritus of Annunciation Greek Orthodox Church in Memphis, TN line up to serve once again under Vieron for a reunion of the altar boys. Some of the oldest in the group were in their seventies, who served as some of Vieron’s first altar boys.